It is hard work to fill a staff with individuals who excel at teaching dance.  At Starz Dance Galaxy that is just the beginning.  We also insist that all of our teachers are incredible people as well.  We know that your children will be spending many hours with our staff, we want them to not only learn to dance during this time but also have a great example to look up to and learn from in all of our teachers.  With decades of experience in the dance industry we have the ability to make sure we have the right individuals to teach more than just dance. 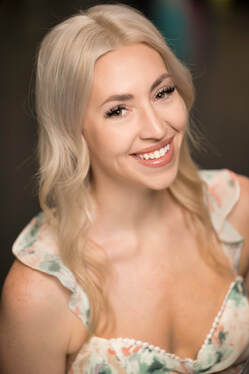 Ms. Kelly McGuire grew up dancing and competing in the Orlando area since the age of 2. Throughout her competitive career, Kelly received many first overalls and scholarships from accredited competitions and conventions which allowed her to travel to Los Angeles and New York City to study all styles of dance. After graduating, Kelly went on to audition for 'So You Think You Can Dance', making it straight through to Vegas. Kelly was accepted and completed an internship in the summer of 2008 at the prestigious Broadway Dance Center in NYC. She has worked professionally since 2010 on numerous local events with production companies and was a Dance Captain at Universal Studios for 4 years, as well as a Show Trainer for shows at Busch Gardens in Tampa. Kelly also traveled with the Star Dance Alliance where she gained an abundance of knowledge regarding the competitive dance circuits. Kelly has been teaching since the age of 16 and has traveled all across the state to teach master classes and set competition pieces at many studios. She continues to receive Choreography and Artistic Excellence awards for her work. Kelly is very excited to be a leader and role model for dancers of all ages and looks forward to refining the technique of dancers while creating true artists and of course...having fun! ​ 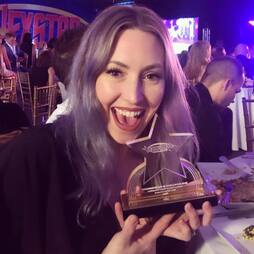 ​
HUGE CONGRATULATIONS to our Starz Dance Company Artistic Director Miss Kelly and the cast of 'Flight' for being awarded the 2019 National 'Excellence in Entertainment' award from NexStar at the Star Dance Alliance Circle of Excellence Gala on August 1, 2019!

​It takes a village and we couldn’t have done any of this without Miss Kelly's incredible choreography, our amazing Dancers (especially the cast of 'Flight'), awesome prop dads who built this incredible zipline prop, DREAM TEAM staff for providing top tier training and keeping us so organized, and all of the support from our dance families! Humbled, honored and grateful beyond words! Thank you to our entire Village and to NexStar and the Star Dance Alliance for recognizing our hard work!
🎉⭐🎉⭐🎉 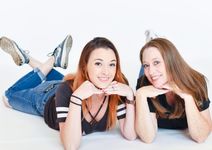 This Mother/Daughter team is the at the center of the Starz Dance Galaxy universe! You will see one of them at the front desk during all office hours.  Ms. Kristin has been the Office Manager for Starz over the last 20+ years and has long been the glue that helped keep everyone together during the twists and turns of many dance seasons. During most of those years Kendall was a student and award winning member of the Rizing Starz Performance Company. Upon graduation Kendall has become Kristin's assistant at the Starz front desk as well as teaching for our recreational & competitive programs.

​If there is anything you need to know in the Starz Dance Galaxy universe these wonderful ladies will have the answers. 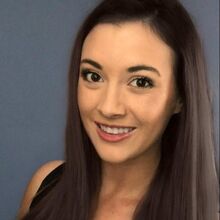 ​Ms. Kendall started dancing at the age of two, and competing at the age of six. During her years competing she won various titles, overalls, scholarships, and awards on both the regional and national levels. While growing up she also experienced opportunities to expand her training in both New York City and Los Angeles. After graduating she attended college to study Neuropsychology, and also quickly jumped into the professional performance world. She has worked at Universal Studios Orlando as a dancer in the SuperStar Parade, Universal’s Holiday Parade featuring Macy’s, Marilyn Monroe and the Diamond Bella’s, as well as various special events. Some of her favorite opportunities have been being part of the opening cast for the new Holiday Parade as well as being part of the opening cast for the holiday version of the Marilyn Monroe show. Ms. Kendall has been teaching at Starz since 2014. Throughout the years she has taught many different styles and disciplines for the recreational program, as well as teaching and choreographing for the Starz Dance Company. Ms. Kendall is so excited to start a new season and hopes to share her love of dance with all her students! 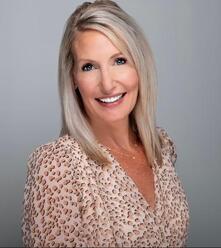 Ms. Keri began her training in eastern Pennsylvania with the Lehigh Valley Ballet Guild. During this time she was awarded a full scholarship to study dance at the Pennsylvania Governor’s School for the Arts.  Upon graduating from high school Keri earned a talent scholarship to study at Point Park University, where she received her Bachelor’s Degree in Dance.  Throughout her training she had the opportunity to study with many renowned ballet masters such as, David Howard, Edward Villella, Violette Verdy and  Finis Jung.  She has performed in numerous roles in ballets including Swan Lake, Les Sylphides and The Nutcracker.  After earning her degree Keri performed and taught throughout the Pittsburgh area.  She relocated to central Florida in 1996 where she continued teaching and choreographing.  She owned a successful dance studio for many years. She is also certified in Progressing Ballet Technique (PBT) which is now included as part of our ballet curriculum. Ms Keri is looking forward to sharing her knowledge and enthusiasm of ballet with her students at STARZ. 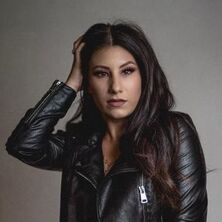 Miss Allie is a dancer and choreographer originally from Cincinnati, OH. Allie began dancing many genres of dance at a young age before beginning her professional career at age 15. She furthered her dance education at Point Park University where she received her B.A. in Dance, concentrating in Jazz. Throughout college, Allie performed with many reputable choreographers and completed internships with Steps on Broadway and Broadway Dance Center in New York City.  Allie is a member of the Actors Equity Association as an Equity dancer in “Dream Along With Mickey” at the Walt Disney World Castle Stage and Disney Event Group. She has completed several contracts with Royal Caribbean traveling the world as a dancer/aeralist. Allie is currently performing in Orlando with shows at Animal Kingdom, Disney Springs and live event groups. Allie is honored to be a part of the first Co-ed Hip hop team dancing for the NBA with the Orlando Magic. Her other credits include Oceania Cruise Lines, opening for musical artist Cher, Chimelong, CLO Theater, multiple production companies and more.  Allie continues to educate and choreograph with studios/ performing arts schools all over the country.  She has worked for Starpower Talent Competition , Power Pak, The World Dance Pageant, and Imagine Dance Challenge as an adjudicator and guest teacher. Allie has a passion for educating young dancers and nurturing artistry. Allie is extremely excited to become a part of the Starz family!

Please join us in welcoming Miss Taylor Hoover to our Starz Dance Company staff! Miss Taylor is originally from Tennessee but grew up in Orlando and began her dance training at the young age of 6! Taylor is trained and well versed in all styles! Hip-hop has always been a favorite style for her, but her individual style fuses that of both contemporary and hip-hop. Upon graduation from high school, Taylor moved to L.A. to pursue her dance career! While there she was signed by the prestigious Go2 Talent Agency and still travels back to L.A. when booked for events and shows! Taylor’s current focus is teaching and inspiring young students throughout Central Florida in studios and on convention circuits as well as choreographing for local artists and events. Her performance and choreography credits include Janet Jackson, Ariana Grande, contestants Ashley De La Rosa & Pip Arnold from Season 2 of The Voice along with many other performance credits! 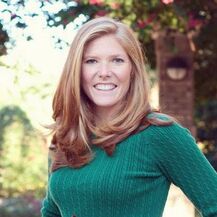 Mrs Leila started dancing at age 6 in Stuart, FL. She is trained all styles, but acro quickly became her favorite, with tap a close second.  To advance her acro training, Leila began training with a top gymnast and stunt woman.

She was a leader in her studio and started assisting at age 11, followed quickly by teaching at age 13. As she zeroed in on her love for teaching and the discipline of acro, she made this discipline her primary focus and has been teaching it for the last 13 years. She takes a focus on building the muscle, strength, flexibility and body awareness Dancers need in a way that not only compliments their dance training, but also activities outside of dance as well. She takes great pride in helping her students grow each and every class.

Mrs. Leila is certified in courses 1 and 2 with Alixa Flexibility and regularly takes continuing education with Acrobatic Arts through CLI. 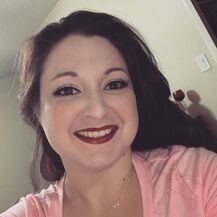 Ms Ashleigh has been dancing since the age of 2 years old. She started competing at the young age of 6. She has had the opportunity to dance for wonderful organizations such as, Give Kids the World, many nursing homes, Disney, and has won many national awards under the Rising Starz Performance company. Ashleigh fell in love with the sport and the freedom dance made her feel. Ashleigh also trained with many teachers and assisted in many styles so that she could one day become a dance teacher. The amount of joy and passion for teaching was brought to light during this time and Ashleigh realized what she truly was destined to do. Ashleigh has had the pleasure of teaching all ages and styles for over 16 years. The love Ashleigh has for all of the beautiful dancers she encounters is insurmountable. Ashleigh is so honored to be part of such an amazing studio where she gets to share her passion with young dancers. Her favorite ages to teach are the younger ages ranging from our tiniest at 2 years old to our elementary school dancers at 8 years old. “Being able to make an imprint on kids at such a young age, being able to watch them grow and fall in love with dance is a dream come true!” she says. Ms Ashleigh can’t wait to start the new season with all the new beautiful dancers! 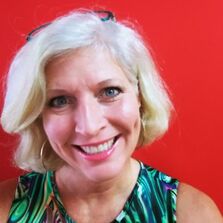 Born and raised in the Orlando area, Ms. Helaina studied under Edith and Bill Royal and was a member of their Ballet Royal Company for many years. A certified teacher from Florida Dance Masters in ballet and acrobatics, she has taught for over 34 years in the Central and West Coast of Florida.

Ms Helaina has an extensive background in the dance and entertainment industry. She performed in shows, on television and modeled! In addition, she choreographed competitions, local pageants and awards shows. She also has experience judging auditions and competitions.

Ms Helaina has been a teacher with Starz for 20 years and loves cultivating a passion for the acrobatic arts with each and every one of her students!! 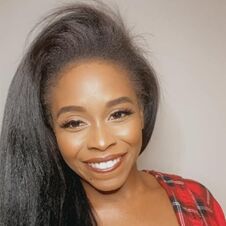 Ms Victoria was born in Killeen, TX and now resides in Orlando, FL, where she was historically the longest-tenured Veteran/ Team Captain for the Orlando Magic Dancers spending 10 years on this prestigious team. She is trained and well experienced in various dance styles including African, Ballet, Contemporary, Hip Hop, Jazz, Lyrical and Modern.

In addition to her work locally, she has also performed in the 2012 and 2016 NBA All-Star games with Pitbull, Ne-Yo, Nayer, and Chris Brown. During her time with the NBA, she received several opportunities to travel the world and perform at NBA events in cities such as Wuhan, China; Rome, Italy; Manila, Philippines; Taipei and Taichung, Taiwan; Bilbao, Spain; Montego Bay, Jamaica and more. Currently, Victoria is not only a dancer, but also a choreographer, a teacher throughout the dance world, part owner of A Shoe In Dance & Performing Arts Center in GA & Owner of 'Catch This Live'.